My worst fears about our participation in this year’s race were realised almost immediately as the occupants of car 3 (grey Mazda) watched cars 1 (red Fiat) and 2 (Bill’s car) head off south along the A3, tracing a sub-optimal route towards our nation’s capital. It seemed that we might be in for a long weekend.

Nevertheless, by 8:30am on Saturday morning we were all somehow in attendance to cheer our team captain H. Irving as she departed from Hampton Court on the first of 22 stages which would eventually return us just up the road to Kingston in under 36 hours’ time. The ‘M25 Relay’ had begun. 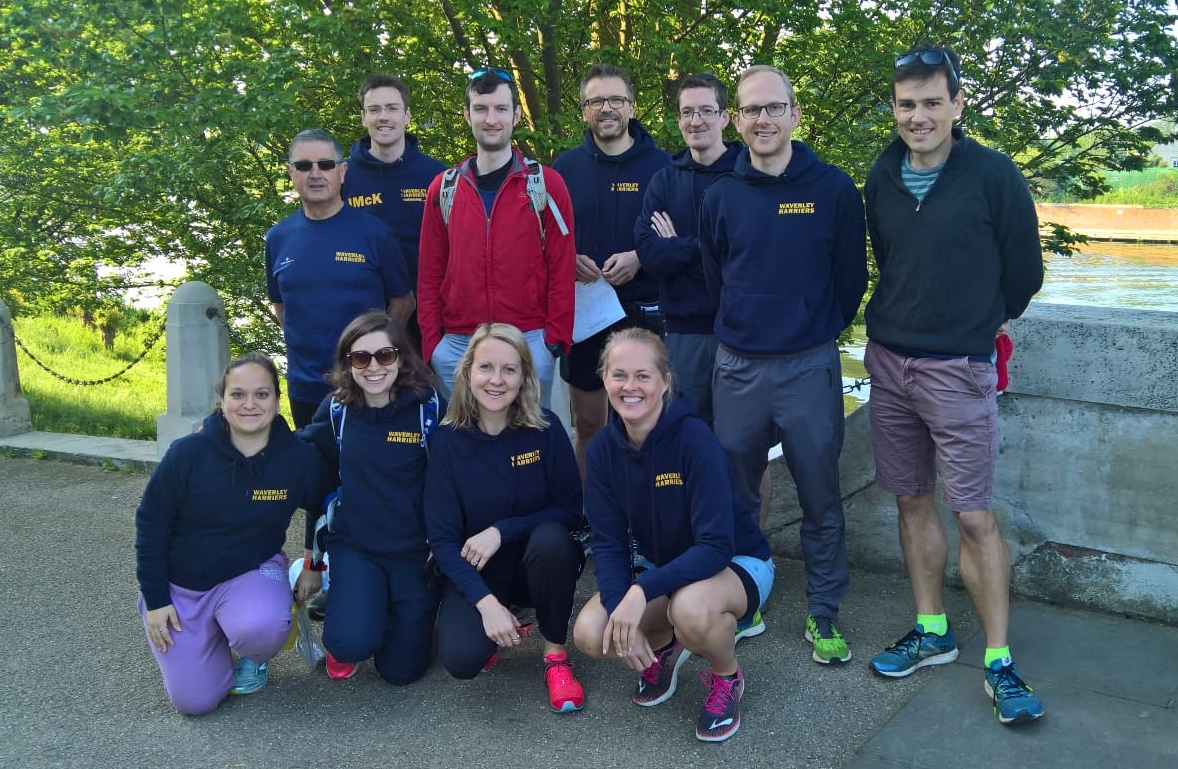 Ready for the off at Hampton Court

Ours was one of 50 teams representing 26 different clubs from in and around London. This was the 22nd running of a race I had never heard of, but which embodies so much of what is wonderful about amateur sport: organised and manned entirely by volunteers, marshalled by the teams themselves and with an atmosphere which made us feel that we were all in it together every bit as much as we were competing against each other. Nobody made any money except the Children’s Trust in Tadworth, to which all proceeds were donated.

Life on the Green Belt Relay

For all its appeal, this race is an enormous logistical challenge. Teams are required first to enlist and then to deposit and collect 11 different athletes at various start/finish points around the home counties at specific times over 2 days. To add to the fun, each stage begins before the previous stage has even finished, making it simply impossible to do the whole thing with just one vehicle. 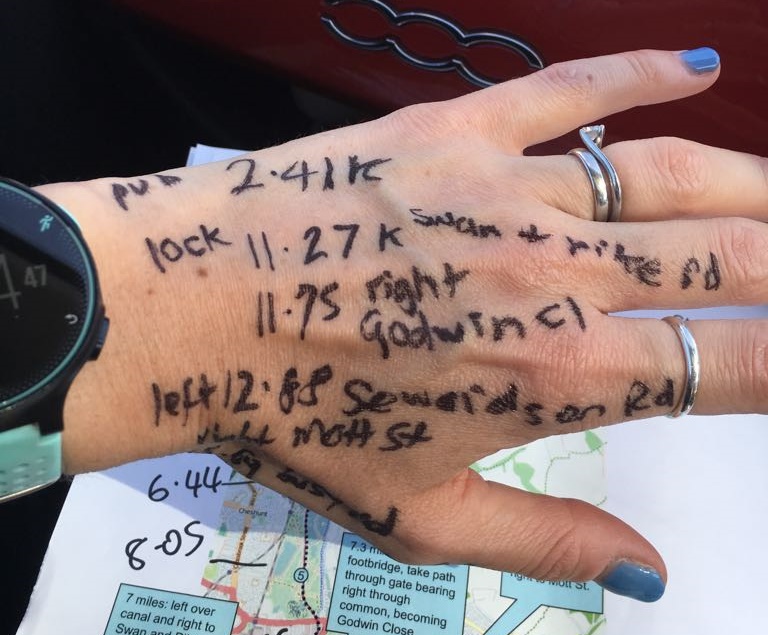 Directions to A3 Northbound not included

Last but by no means least, an American was getting married near Slough at around the same time as stages 2/3 were scheduled to finish/start just west of Eton. I. Campbell might be about to crash the party.

Fortunately, we were in safe hands as C. Peck, with the aid of a prior year’s ‘Ealing Eagles’ plan purloined by our team captain, set about the logistics of how to convey 12 people, 2 and a half cars and a surprising amount of camping gear, 220 miles in under 36 hours.

Behold! A C. Peck original (one of around 6 different spreadsheets required to organise our team)

With the captain on her way, we began to relax. The planning was over, the weather was fantastic and we could begin to focus solely on the race itself. Well, that’s what the rest of us assumed anyway as we headed off up the M4/M40, until we learned that the occupants of car 1 (red Fiat) had decided to hang around at the start and take part in Bushy parkrun. We wondered if they were taking this whole thing seriously enough.

When one race a day just isn’t enough

As stages came and went, we settled into a rhythm: drop off athlete, lie on idyllic village green eating ice cream, collect athlete, drive to next location. Whilst we joked about this being the ‘M25 Relay’, in fact it was a showcase of just how beautiful the countryside is around London: from the riverbank at Hampton to the myriad pretty villages of the Chiltern Hills, from Epping Forest to the views south from the North Downs Way and almost to home again near Shere before a final push took us back into London and the riverside finish at Kingston. 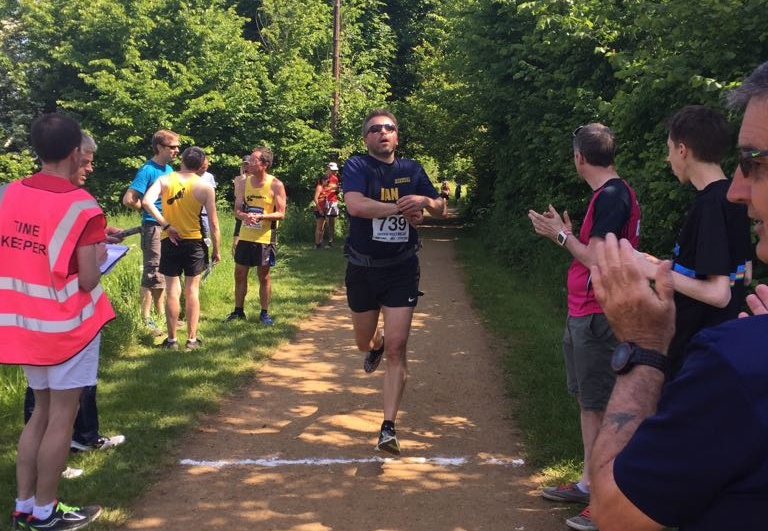 Once each day running interfered with our leisure

For the record (though it matters little), our team finished in respectable mid-table obscurity, in both the overall and ‘Mixed’ categories. J. McKenna spent his first ever night under canvas, slowly baking in thermal trousers and an arctic-grade sleeping bag. The presence of a full-length towelling bathrobe in the kit bag on one team member suggested that the instruction ‘pack light’ had been overlooked (oh, how I wish we had a picture) and H. Irving has an infinite capacity for ice cream. 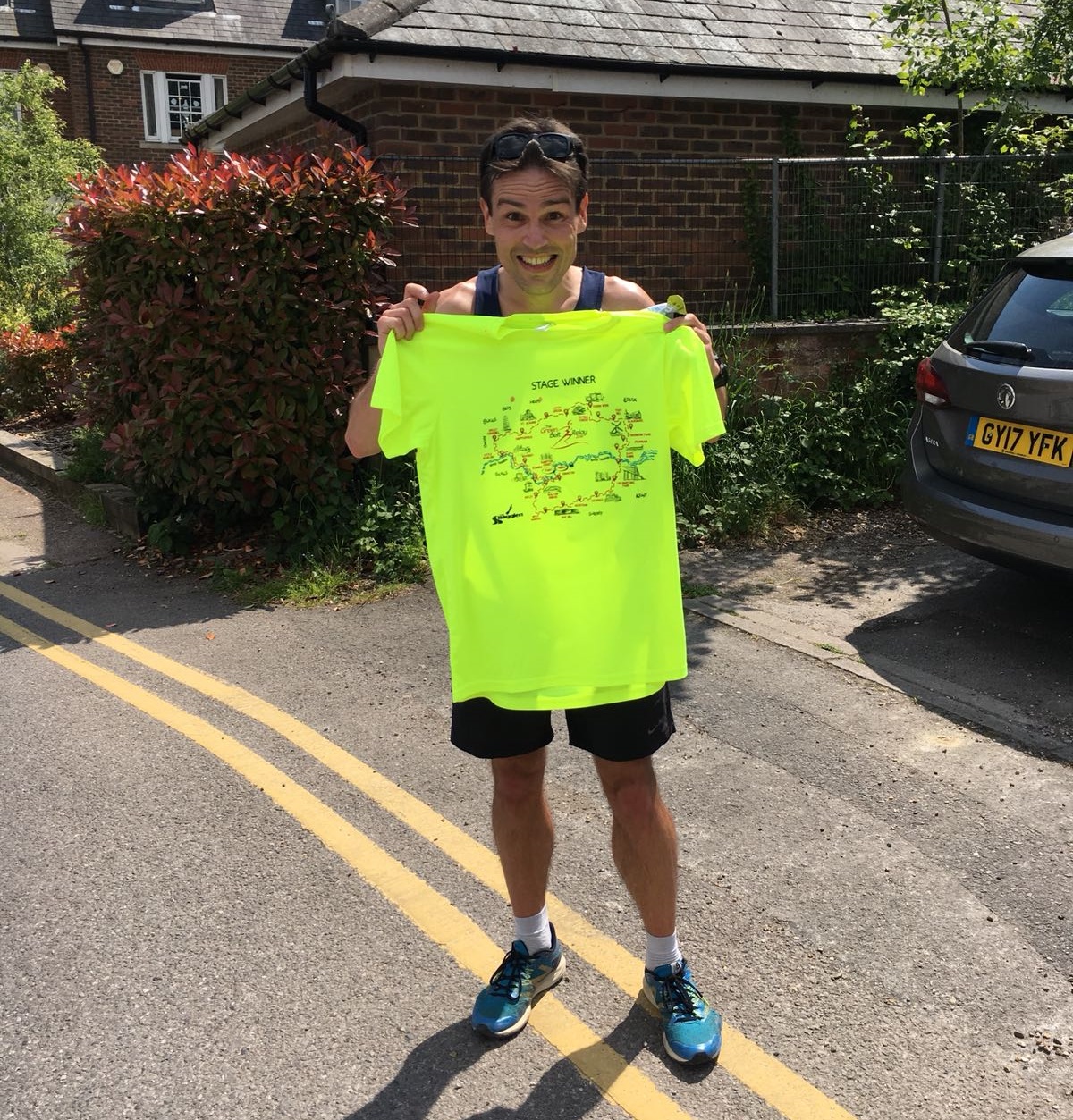 Particular thanks must go to our captain for her energy and enthusiasm in getting us involved, to our stage winner for his unrivalled organisational ability and to W. Fordham for entrusting a bunch of kids with his pride and joy (which turned out to be a grey Volvo). We plan to be back next year and hope more of you will be able to join us. 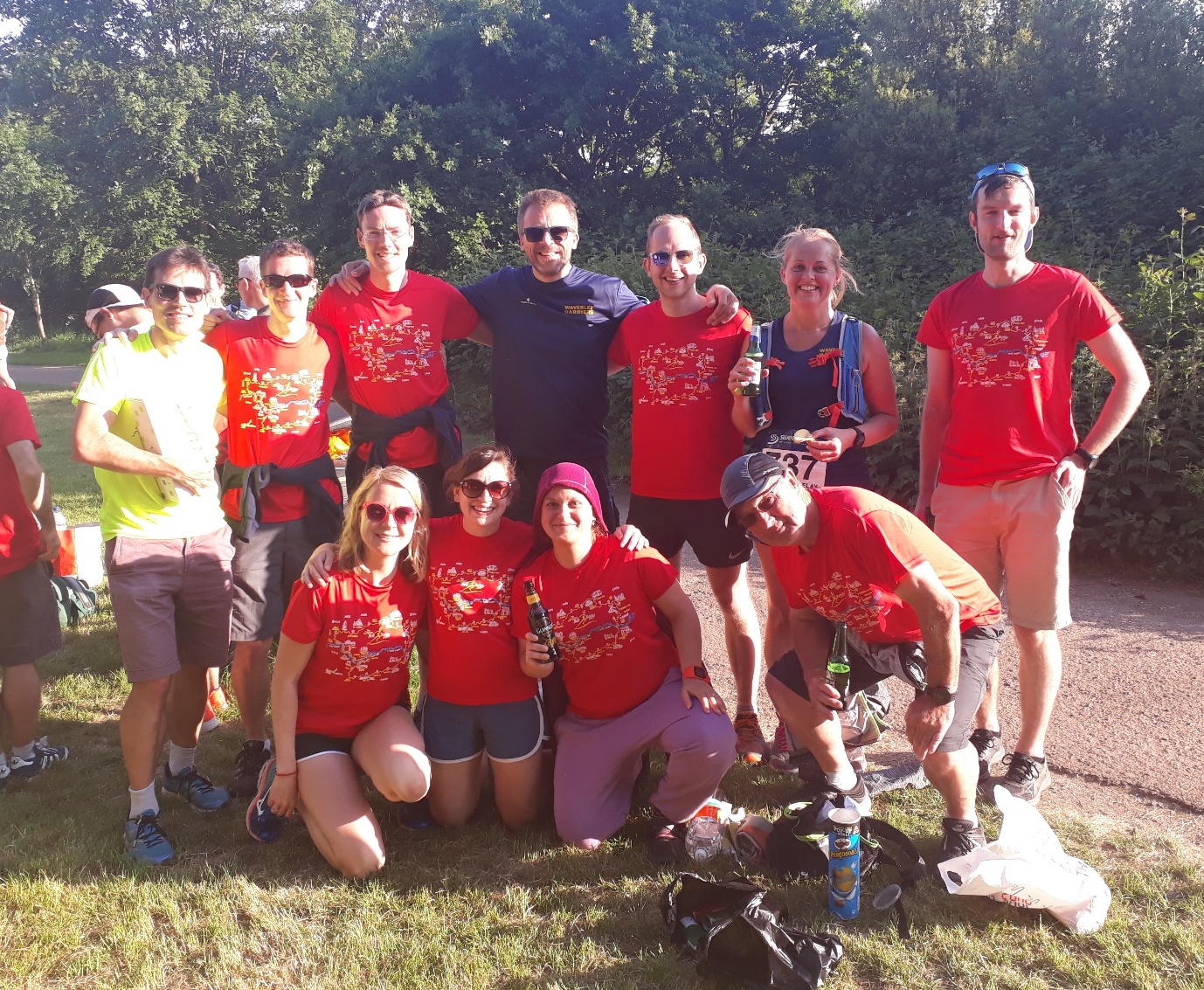