I’m Nikki and I’m training to complete a marathon in the Spring of 2020. When I initially signed up, it seemed like an exciting challenge. But, now we’re in January and beginning the longer weekend runs, I’m starting to wonder what on earth made me choose to do this. It’s much harder work than I imagined and some days I feel really overwhelmed by the sheer distance that I’m aiming to run.

So, in a bid to bring myself (and hopefully other first-time marathon runners) some motivation and inspiration, I’m starting a new writing spot on the WH site. Each week, during these dark, cold training months, I’ll be asking some of the WH members, that have completed a marathon, what made them do it and to share all their best tips and tricks.

My first interviewee is marathon and ultra-marathon runner Gary Lee. Gary came up with the first question I’m asking him this week: Why did you decide to run a marathon? It’s the perfect question and a good one to ask ourselves every now and then, to remind us why we’re training and what we’re aiming to achieve.
So, this week, here are Gary’s marathon experiences. 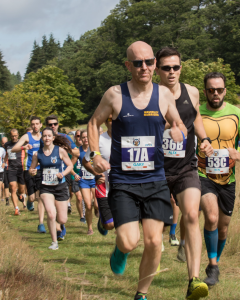 For me it was the challenge. After a few half marathons I wondered what I was capable of next, so a marathon was the obvious choice.

Long runs are very important while training, so your body will be used to it on race day. But also, mentally it helps to know you can run for that long and that far.

I was not a member of a running club for my first marathon and had never been given any tips, so most of my first marathon was learning as I ran. One of the biggest things I learnt was not starting too fast and regretting it later.

First thing after crossing the line I felt emotional, but in a good way. I think it’s hard not to after such an achievement. Then the tiredness hit, and I needed to sit down, this caused leg cramp which was quite painful. I would recommend walking for a bit after the race to let the muscles cool down. The rest of the day I was very tired but enjoyed eating lots of food and treating myself to a few beers. I took the next day off work and just rested, with a bit of walking so my legs didn’t seize up.

6 more official marathons, 3 ultra-marathons and a few local runs over marathon distance like the Godalming round.

Fuel more, don’t start too quickly, learn the course, know where the water stops are and only drink small amounts, don’t over think and enjoy the race.

8. What was the favourite marathon you’ve ever run and why?

Madrid was probably my favourite because it was in a different country and something new, plus my favorite medal, but it was also one of the hardest because of the heat. I ended up walking a lot of last part. I would like to go back and try it again one day. 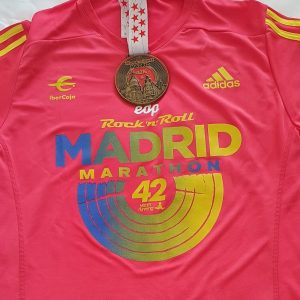 It’s never felt like a wall to me. It’s not suddenly, out of nowhere, stop. You feel it coming like a bungy cord attached to your back and the further you go, the harder it gets. You should be able to avoid it if you train well before the race, fuel every 30-50 mins and don’t go off too hard from the start.

For your first marathon your only goal should be getting over that finish line. For the 2nd & future marathons have multiple goals, e.g. the time you want, maybe a new PB and most importantly finishing the race. This way if your race doesn’t go to plan, you always have a goal to fall back on. Also enjoy the training as the race is only a small part of the experience.

11. Who’s been a big help to you whilst you’ve been marathon training?

Annette, for the support (sometimes literally when it’s hard to walk), putting up with me getting up early for training runs and disappearing for hours and then falling asleep on the sofa later in the day, but also members of the club for the company on long runs and the advice they have given.