It feels like races are slowly making a come back and race organisers are finding ways to bring us all back together again. However, there are still some virtual runs being organised, offering some of us the chance to get the medal of a race we perhaps wouldn’t have considered before. This month I’ll tackle the virtual 40th London Marathon.

One thing that people have kept telling me over the past year is that running a marathon is mostly mental. Owen Kimber has been one of the Harriers I’ve been talking about this with over the past few months, as part of the Mentally Healthy Harriers conversations, so it seems fitting that he should be October’s Marathon Monthly runner. Owen has said to me, over and over, that I need to be enjoying the journey to get to the marathon and not just focused on the end result. I think this is great advice. Obviously, in a world where the marathon is moved several times throughout the year and changes into something you didn’t think it would be, focussing on the end result isn’t ideal. Stepping back and remembering that it’s a fun time to be out with other runners (in groups of 6 or less) and enjoying what scenery is on our doorstep certainly makes running enjoyable again.

Owen’s and I have also discussed the value of mentally chunking up the mileage. So, I’ll be breaking down the 26.2 miles into manageable chunks that feel achievable and forgetting about that overwhelming mileage mountain looming over me, when I give this marathon ago.

Owen’s first marathon was in Milton Keynes in 2012 and I’ll now handover to him, to tell you about it and what he’s learned about the marathons he’s completed since. 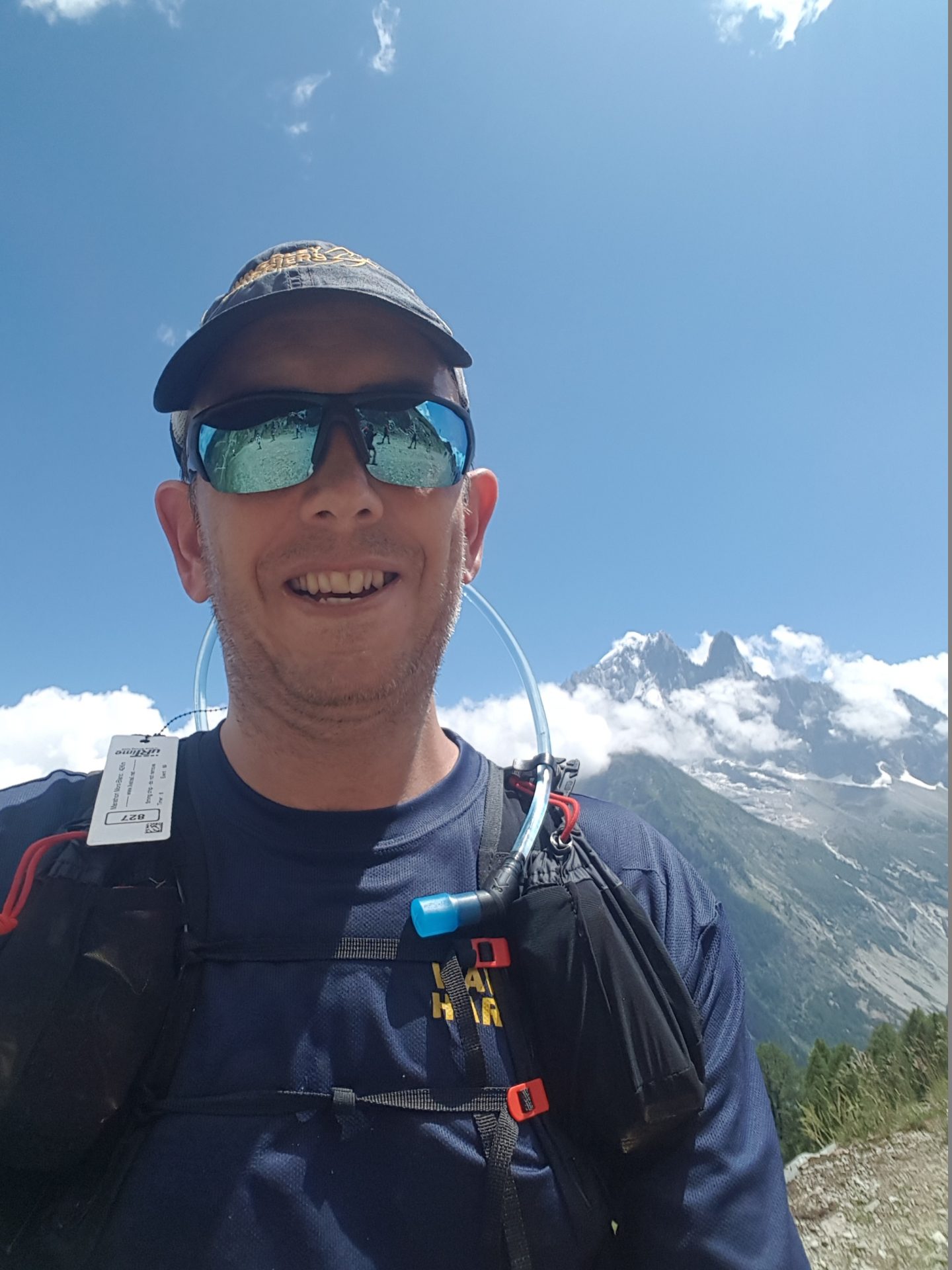 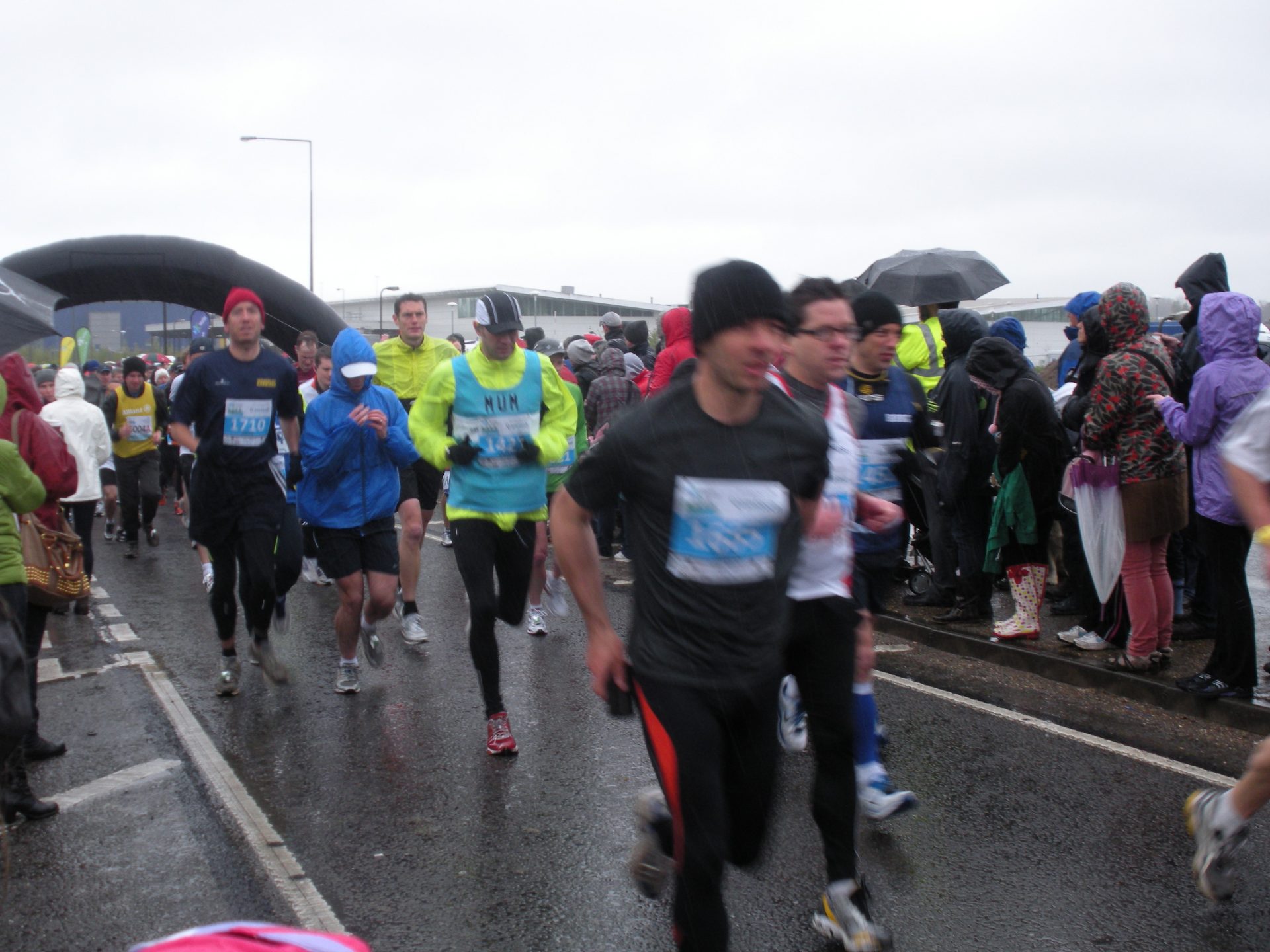 I had completed a few half marathons and remember thinking that it couldn’t be possible to go further. In early 2012, a friend got a place at the London marathon and I tagged along with him for some longer training runs. We did a 20-mile event in Dunsfold which I actually enjoyed. It intrigued me if I could go further, so I went online to see if there were any marathons available and saw one five weeks later.

Milton Keynes, 2012. Relatively flat (apart from hundreds of underpasses) and I can’t remember any distractions from scenery or landmarks!

For my first marathon, I didn’t particularly have a training focus for that distance, and by the time I entered, I soon had to taper. The following year, I got lucky in the ballot for the London Marathon and followed a 5-month training plan to the letter. On the day, I felt burnt-out and looking back realised I hadn’t enjoyed the training as I had forced myself out on certain days to do certain distances at certain paces. I ran a slower time at London and didn’t enjoy the day that much. My first marathon demonstrated for me that it was more important to enjoy my running in general and to be mentally and physically fresh by the big day.

Long distance running is as much about mental aptitude as physical aptitude. The conditions for Milton Keynes Marathon were atrocious; 5 degrees, 40 mph wind, torrential rain and flooding on the course. Several other events were cancelled that day and I assumed my event would be cancelled. When it started, I realised that it was all about putting one foot in front of the other, smiling and the conditions didn’t bother me.

It was a stadium finish, so I obviously over celebrated in disbelief at the finish line. I assumed I would crash in exhaustion afterwards but was buzzing with adrenaline for the rest of the day. I chatted non-stop on the car journey home and drank beer all evening. I worked from home the next day…

I think I have run 6 more marathons, with London 2013 being the only other road marathon. I have also completed more ultra-marathons since.

I chased times for the first couple of marathons and in the days afterwards, it seemed that everyone’s first question would be “what was your time”. But people might then say “did you hear that so-and-so did it in xxx” which left me feeling a bit disillusioned about my own achievement. I realised that it is far more important that I have an amazing experience and I want people to ask, “did you enjoy yourself.” Unless you are Eliud Kipchoge, there will always be people who are faster than you and your time does not define you as a person. So, after those first couple of marathons, I have sought out events that are off-road, hilly and with stunning scenery where the time you take doesn’t matter.

What was the favourite marathon you’ve ever run and why?

In the UK, I have twice done the Purbeck Marathon. It starts in Swanage and follows the stunning coastal path towards Lulworth before returning along the chalk downs around Corfe Castle. It is a low-key event and linked to the town festival with a lovely atmosphere.

In 2017, I was lucky to be able to complete the Mont Blanc Marathon, starting in Chamonix, France which was an amazing experience in the high mountains.

Have a supporter! When I did the London Marathon, I felt so strong after 15 miles, but then the heat and Canary Wharf got to me. By mile 20, I was ready to quit and saw my wife at the roadside. She pointed out, with the use of various expletives, that after months of training the only option as far as she was concerned was that I would be continuing down the road for another 6 miles.

Run with a smile

Tips for remaining comfortable during the race – these could be anything around comfort, possible ideas could be one or any of these: nutritional/clothing wise/painwise/ after care wise/digestive comfort/race planning strategies – or anything else that you can think of that would increase the likelihood of a comfortable run

The human battery runs flat after about 18 miles (aka the wall). Therefore, you need to recharge (ie take-on sustenance) well before that.

Do you have any tips for maintaining motivation during training?

For me, running is my escape from work and is my main leisure activity. It is important for me that training for an event does not add any stress to my life and that I enjoy it as well as the event. I have learned to keep it fresh by mixing distances, speeds, locations and company rather than repeating the river path and disused railway line which I did too often for my early marathons.

The Waverley Harriers! I doubt I would have completed a single marathon without being part of the club. Back in the winters of 2012 and 2013, the Sarah Frost Tuesday track sessions progressed the building of strength for the spring marathoners and the Steve Rogers Sunday runs progressed the distances. 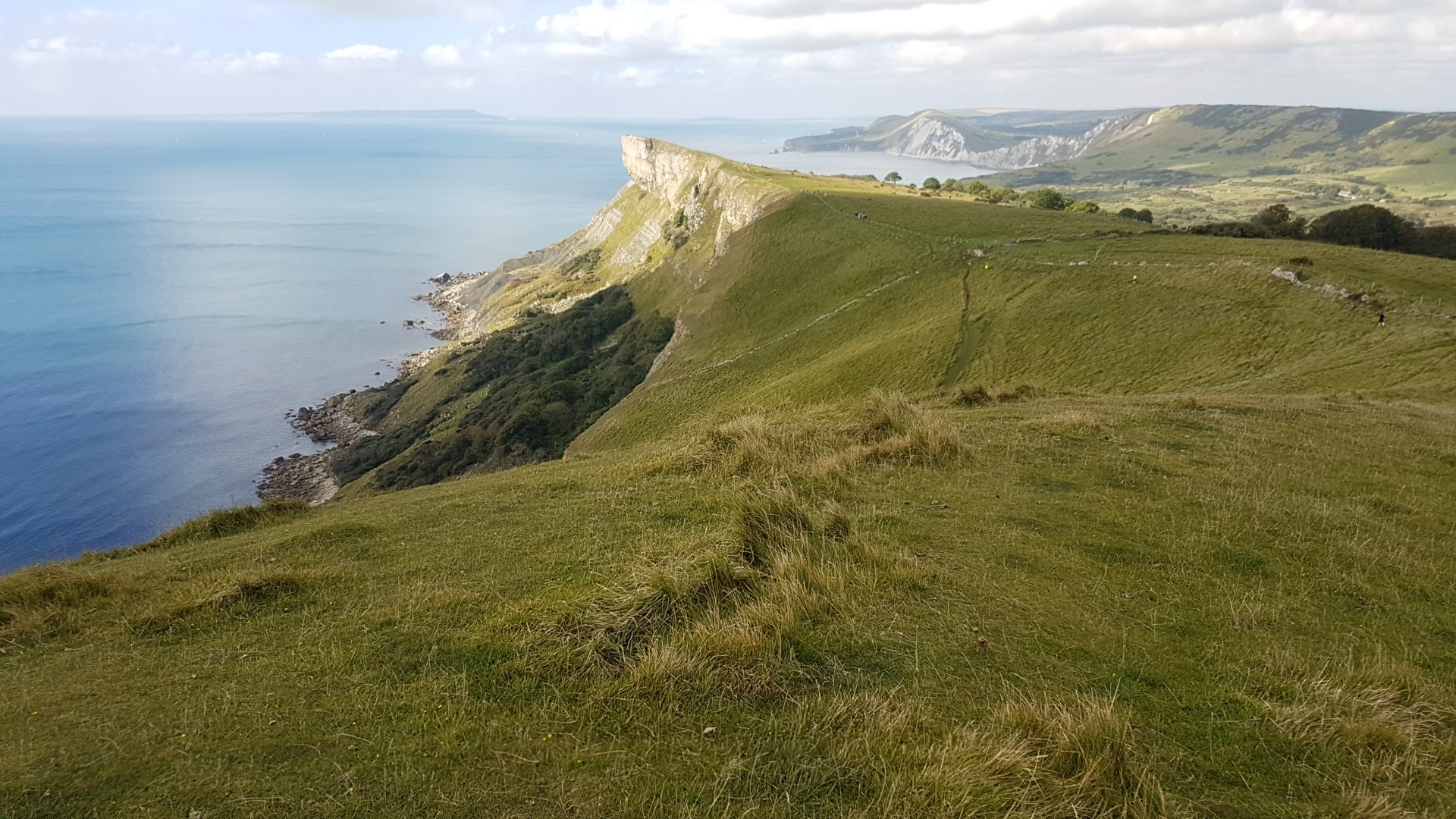