I have buried some treasure in one of the squares in the grid further down this page. As a team you need to work together to find it. Don’t worry you will be given some clues.

Your team will start with 6 location clues like the one below. You can then run or walk to the place on the map and answer to the question. The first letter/number in each answer will then eliminate a row or column from the grid below. I.e. if the answer is Green the treasure is NOT in column G. (see example clue) 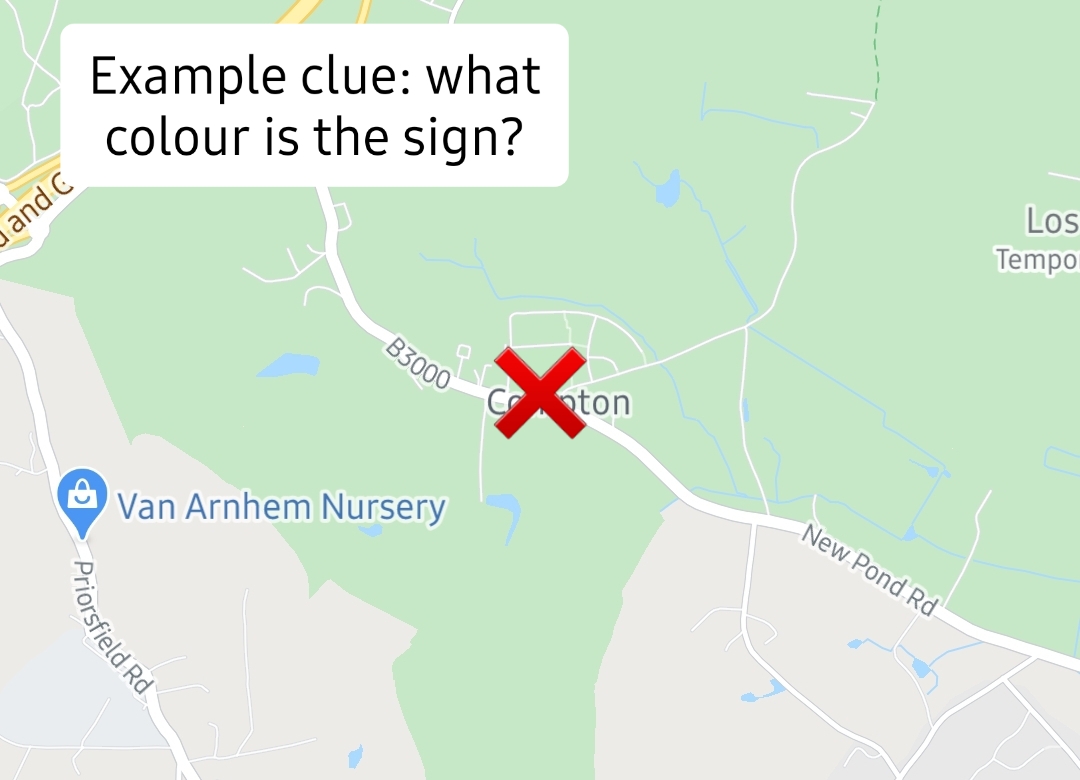 Some of the answers are in locations close by and some are a bit further away. It’s up to your team to decide who goes for which clue. Once you know the answer post a selfie, your trainer or other item of clothing plus the answer/location to your team WhatsApp group as evidence. (stops couples on different teams sharing answers) I will confirm if it this is correct. At the end of each day you will be given new clues as replacements to the ones you have answered correctly. You will only have a maximum or 6 unsolved clues at any one time.

For those who cannot leave home or are not local, there is also a way for you to take part. Simply run a back garden, roof top, or around the block 5k. As long as you do NOT cross any roads from your house. Please post the evidence on your WhatsApp group and I will give you a parkrun route as a clue like in the picture below. (only 1 per day) Guess the location for your answer. If the answer is Rushmoor the treasure is NOT in column R. 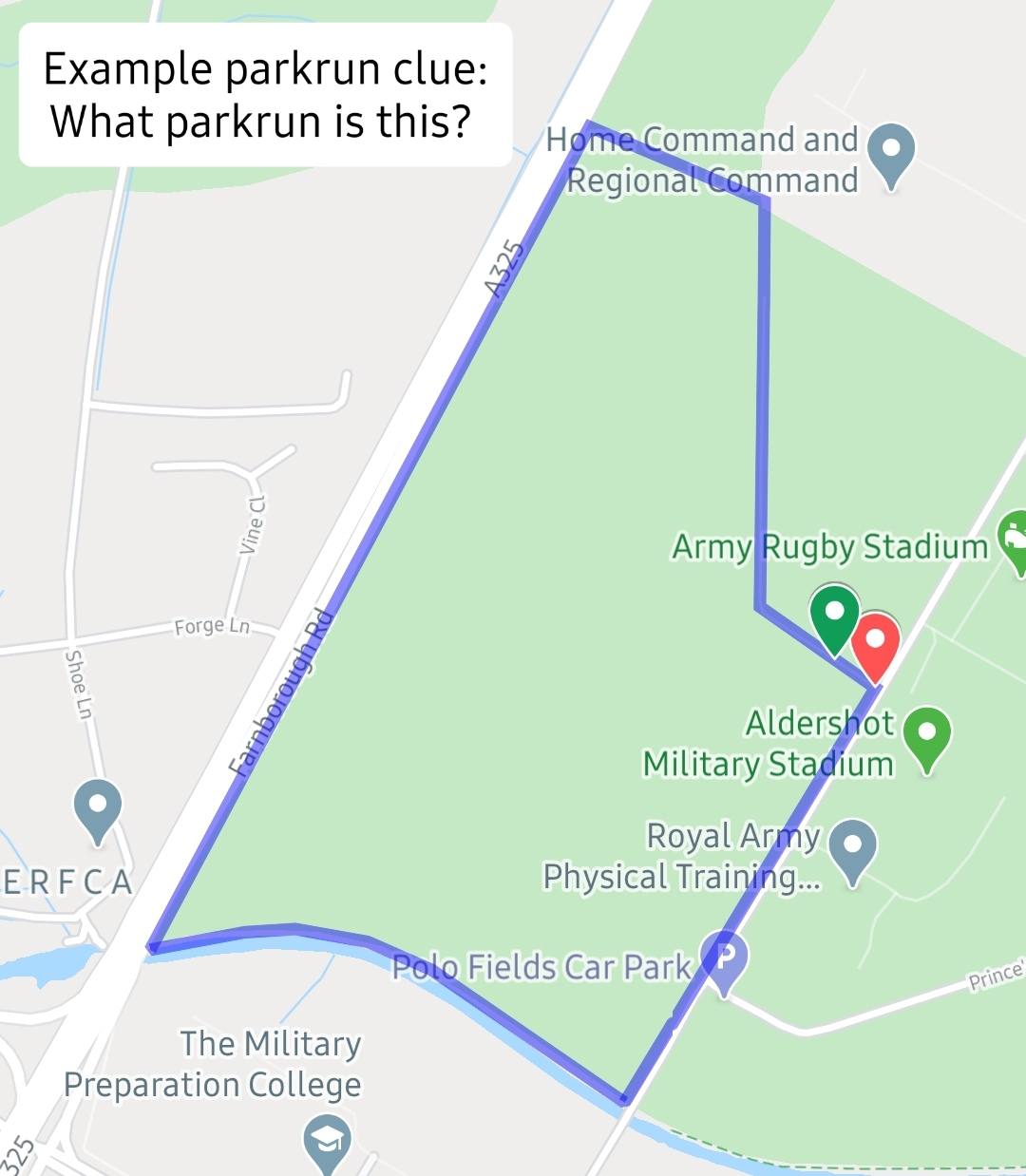 A bonus clue will be given if you get any duplicate letters with the location clues. You will get this on top of your 6 a day clues.

I will send your teams a picture from google street view. You need to use google maps to find what road it is in. If the answer is West street the treasure is NOT in column W

You can go solo and claim the treasure for yourself or join a team and share it. Your team will be decided by your Chinese birth year animals. 12 teams is too much so I have added them together to create fictional pub names (we all miss pubs). Click on the names for the WhatsApp chat links.

If one of the teams does not have many people you may be asked if you want to help another team.